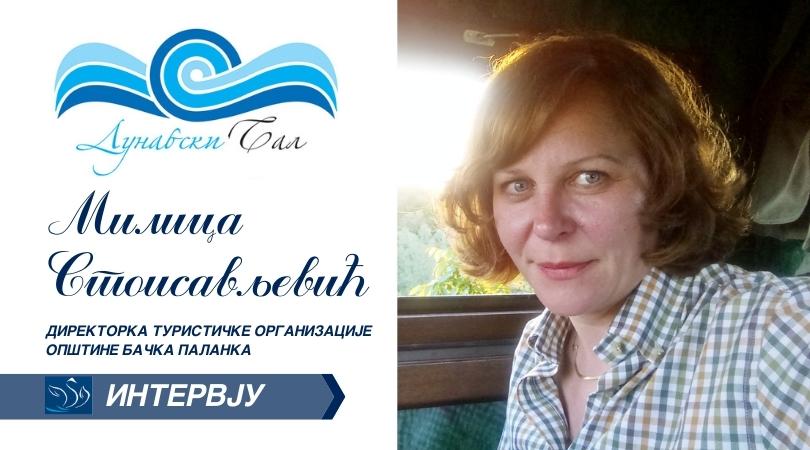 From July 7 to 10, the traditional "Danube Ball" was held in the organization tourist organizations of the municipality of Bačka Palanka, according to the first estimates, successful.

Milica Stoisavljević, the director of the Tourism Organization of Bačka Palanka municipality, organizer of the event, gave her analysis of the event to Nedeljne novine:

- This year, in 2022, another "Danube Ball" is behind us. In this largest event in the municipality, we tried to include cultural, entertainment and sports events. The athletes were with us during all the past balls, so I would like to thank the tennis, handball, volleyball and chess clubs for their long-term cooperation. We from TOO are very satisfied with both the participants and the visitors, which were about two thousand people per day.

On Thursday, July 7, as well as the following day, Leonard Nemet had a beautiful exhibition of photographs of two tragic heroines, Apollonia and Maria, as well as the promotion of his book "Collector of Palanchi Memories". First day the ball was reserved for folk music, and the concerts were arranged by Vanja Mijatović and Jovan Perišić, and the visit was exceptional. On Friday, July 8, the tennis tournament continued, MMA fights, handball triangulation were on the program, and a children's show was played in the city cinema "Swim with us". On the main stage and in front of the "Tikvara" sports hall, the sounds of fun music were heard performed by Marina Visković and the famous Gota Tržan, and the concerts were extremely well attended.

It was the turn of Saturday, July 9, where we had the "Jovan Knežević" memorial beach volleyball tournament, while the "Danube Ball 2002" tennis tournament was ending. In the cinema hall, the show "Marriage of Darkness" was on the program. The evening on the central stage was reserved for rock music and our Palančani, "Good Times", "Jambolaja" and the duo "Traces of the Past" took part, while the stars of the evening were "Atheist Rap", while the attendance was also exceptional this evening. The event ended on Sunday, July 10, with a rather strong chess tournament.

In particular, I would like to highlight one beautiful and humane event for mentally underdeveloped children - a painting exhibition, and we thank the MNRO organization, as well as everyone who contributed to the importance of this exhibition with their visit and participation in the accompanying program. I would like to thank everyone who participated in the organization of the event, the Municipality of Bačka Palanka, as the main sponsor, but also all the public companies that contributed: Gerontology Center, Health Center, Cultural Center, National Library, USR Tikvara, Standard, Komunalprojekt, Elektrovojvodina, Bačka Palanka Police Station, firefighters - all of them were partly in charge of the organization because they provided exceptional logistical support for the "Danube Ball".

Danube Day 2022 - Announcement of the event