Tourist organization of the municipality of Backa Palanka
Home Where to go out and what to see? Cultural assets in Bačka Palanka
Facebook
Twitter
WhatsApp
Telegram
Viber 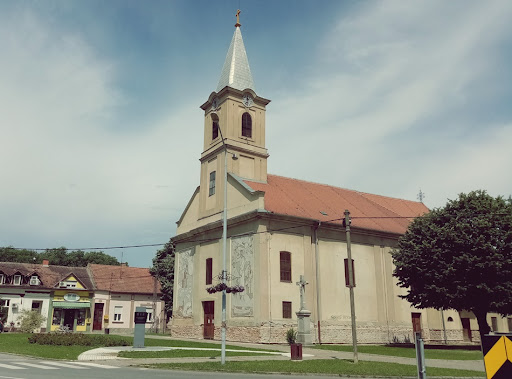 Based on the data of the Museum in Bačka Palanka, 33 archeological sites were discovered on the territory of the municipality, but to a lesser extent. Among them, sites from the Bronze Age and the Middle Ages stand out in number, preservation and significance. The oldest objects of material culture originate from the Mesolithic and are related to the locality "Bagremara", the locality on the stretch Poloj, the locality "Golokut" and the locality "Kuluštra - Crkvine".

On the border of Backo Palanka and Celarevo attar, on an area of several hundred hectares, on the site "Chibska Suma", there is an early - medieval settlement and necropolis, which belong to the time of migration, from VIII to X century. Numerous finds of women's, men's and children's decorative items used for clothing, jewelry, ceramic vessels, bone objects, spindle vertebrae, metal parts of horse equipment, numerous finds of metal casting vessels, mysterious fragments of Roman bricks with engraved symbols of the Jewish cult (menorah) , and many other finds, ranks this site among the sites of world importance. The osteological material of these graves shows the characteristics of people of the Mongoloid type, and the latest research indicates the comparative presence of a population of the Indo-European type. Numerous findings at the "Ciglana" site open up opportunities for many years of future multidisciplinary research.

North of the city, behind the Bagremara forest (or Popina forest), there is the site "Turkish coast" where, also sporadically, Bronze Age material is found. Oriental excavations were carried out on this site in 1986, which revealed material from the late Middle Ages. A necropolis was discovered with mass graves that probably date from the period of frequent epidemics.

"Turkish trench" - an earthen fortification from the Latin era on the stretch "Oberva". Under state protection since 1968. as an archeological site of great importance. Reconnaissance of the terrain in the test probe revealed the substructure of the ellipsoidal fortification wall from the ground. These ramparts, in front of which there were trenches, and in their upper part palisades, were significantly damaged by erosion and agricultural works. Within the fortifications, objects in the form of semi-dugouts were found, in which the remains of ceramic vessels of the Latin type, iron tools and victims were found. In front of the embankment on which the palisade was located, two trenches were discovered that were used to conduct water from the Danube around the fortification. This fortification, which developed at the meeting of two eras, played an important role in both economic, trade and military - political terms.

The work of the Amateur Museological Section collected museum material, and in 1982, by the decision of the Municipal Assembly, the Museum Unit in Bačka Palanka was established, which operated as part of the SIZ for Culture. In 1992, it was renamed the City Museum and today it operates as part of the Khazar Cultural Institution. The museum includes an archeological, paleontological, numismatic, ethnological, historical and art collection, as well as a professional library.

The Roman Catholic Church was built from 1782-1784. years. It was built in the Baroque style (it has been under state protection since 1984). Slovak Evangelical Church The Slovak Evangelical Church was founded in 1893. It is a single-nave building of smaller dimensions with a low bell tower of extremely rounded shapes and simple decoration. The church is located in Šafarikova Street, near the Danube, where even today the Slovak population lives.

From 1834 to 1837 Nikola Beseredi built the Castle. The builders were Aman and Hoffman. 1882 it was bought by Count Lazar Dundjerski, a landowner from Sombor. In the same year, he built a steam mill and a spirit factory. 1884 he managed to clear half of the park and on the right side, not far from the Palace, he built a brewery and planted hop gardens. Laza Kostić, Paja Jovanović came to the castle…

The Savić family house is a developed type of rural house, the appearance of which is characteristic of the area of Srem in the 18th century, covered with mud from wickerwork. In the traditional Serbian style, three-part foundations, gabled roof, covered with reeds, steep.

Works on the rehabilitation, conservation and restoration of Savić's house in Neštin (1743), construction of a replica of a three-part house and a barn made of tiles from Susek (early 19th century) and a three-part house with a porch and basement of stone and charge from Čerević (1773), from 2012 to In 2015, the review of the development of folk architecture in Fruška gora during the hundred-year period was completed and work began on the formation of the open-air museum "House of Savić" in Neštin.

During the year, an action of buying furniture and furniture was carried out in order to equip the Savić House.

In 2014, a replica of the House from Čerević was built, water was brought to the plot and a field toilet was built.

In 2015, the economic facility-pigsty from Susek was purchased, dismantled and assembled. And on the lower plot, in the immediate vicinity of the House from Cerevic, a sanitary facility-toilet was built for the visitors and users of the complex.

The church was built in 1754 in the Baroque style. The interior is a richly carved iconostasis made by Marko Gavrilović and his son Arsenij Marković, and for the most part in 1773, it was painted by the greatest Serbian baroque painter Teodor Kračun, as well as Stefan Gavrilović (1800). Three icons from the old Neština iconostasis from 1741, the work of painter Stanoj Popović, have also been preserved.

An invaluable treasure is the icon from the throne of the Mother of God, painted by the priest Rafailo Miloradović from Bačka Palanka in 1724, for the Rašković family.

Iconostasis of the Orthodox Church in Neštin

In the church there is a miraculous icon of St. The Virgin from 1773. In addition, this church is especially decorated with an iconostasis with 45 icons by Teodor Kračun from 1759, 4 old throne icons from 1741, 9 kissing icons (the work of Stefan Gavrilović), 3 kissing icons by unknown authors

ABOUT US
Take a peek into the charms of the municipality of Backa Palanka, find out about accommodation, events, nature reserves, and unique activities that can evoke your next trip.
Contact us: coordinator@toobap.rs
FOLLOW US
© Tourist organization of Bačka Palanka municipality | Website designed by BAP Marketing